Mrs. Baldwin is an accomplished musician, composer, and arranger, as well as an experienced instructor. She earned a Bachelor’s Degree of Music Composition from George Mason University and was named GMU’s Most Outstanding Musician of 1997. While studying at GMU, she sat as Principal Chair flute and Principal Chair harp in both Symphony Orchestra and Symphonic Band. She was awarded the Brannen-Cooper Commission in 1999, the National Flute Association Commission of 2009, and the Blessing Foundation Commission for the NFA in 2012. Alix has been a harpist, flutist, composer and arranger for the First Light Ensemble since 2009 and for the Columbia Flute Choir since 1995. She was named the 2019 Scottish Harp Society of America's US National Champion. Before joining the Oakcrest faculty in 2014, Mrs. Baldwin worked as both a private lesson instructor and a sectional coach in the Fairfax County Public Schools for over 20 years. When asked what she enjoys about teaching at Oakcrest, she responded, “I love the ability to teach not just the notes, but the history and meaning behind the music; and I love the atmosphere of joy and kindness that prevails at Oakcrest!” 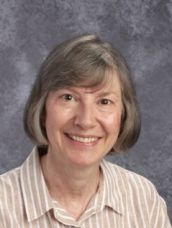 Ms. Bigliano has pioneered the AP Art History class at Oakcrest. A graduate of the Fashion Institute of Technology in New York City, she moved to Virginia after a strong career in interior design, primarily with commercial and civic spaces. Her interest and professional development in the decorative arts and art history led her to Winterthur Museum in Wilmington, Delaware where she graduated from their Certificate Program in Connoisseurship. In addition to teaching, Ms. Bigliano is overseeing all aspects of the interior design of the permanent campus and is the lead designer of the chapel. 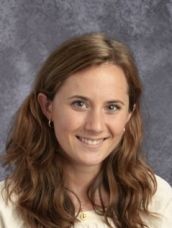 Mary (Ferstl '94) Dausch grew up in Washington, DC and graduated from Oakcrest in 1994.  While in high school, she participated in the DC Youth Orchestra and NSO Youth Fellowship Program.  She received her Bachelor of Music Performance from San Francisco Conservatory in 1999 and received her Master of Music Performance from Rice University in 2001. Mary moved back to the DC area in 2003 and continued her career as a freelance musician and teacher.  She now is the principal violist of Amadeus Orchestra and Apollo Orchestra.  She also plays with Maryland Symphony Orchestra, Virginia Chamber Orchestra, Washington Concert Opera and with many other groups in the area.  She teaches private violin and viola lessons at Oakcrest and out of her home studio. Mary currently resides in Silver Spring, MD with her husband and four children.  She plays on a viola made in 2014 by Dalton Potter.

Mrs. Friddle (Maura '19, Jacqueline '22 and Suzie '25) has over fifteen years of teaching experience in the classroom. She earned a Bachelor of Science in Physics, a Bachelor of Science in Mathematics, and a Professional Teaching Certificate in Education from the National University of Ireland, Galway. She holds a National Certificate for STEM Teaching from the National Institute for STEM Education. She has completed an intensive course in "Science Inquiry in the Classroom," from the Maryland State Department of Education. Mrs. Friddle is very active in professional development related to teaching strategies that enable teachers to have a much larger impact on student learning with more meaningful results and setting up students for success as lifelong learners. She is a member of the National Science Teachers Association.

Mrs. Gruschow holds a Bachelor of Arts in Literature with a concentration in Art History from the University of Dallas. She says about her own liberal arts education: “[It] taught me to appreciate multiple disciplines outside of my studies in English and Art History and to excel in written and oral skills as well as critical thinking.” Mrs. Gruschow brings this depth and breadth to all her classes at Oakcrest. 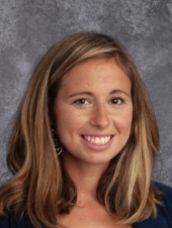 Dr. Hussmann holds a Ph.D. in Biology from the University of Maryland, College Park, and a Bachelor of Science in Biochemistry and Bachelor of Arts in Spanish from the University of Illinois, Champaign-Urbana. She has done postdoctoral research and has had a number of experiences teaching both college and younger students. She has completed an NIH intensive course called “Scientists Teaching Science,” and has coauthored many peer-reviewed publications. Dr. Hussmann is dedicated to helping high school students understand and analyze scientific literature. She joined Oakcrest as a full-time faculty member in 2015. Dr. Hussmann received the Virginia Science Olympiad (VASO) Committee's 2019 Coach of the Year Award. 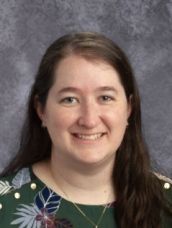 Mrs. Johnson earned a Master of Arts in Workforce Development and Education from The Ohio State University and a  Bachelor of Arts in History from Clemson University. She has eight years of experience working in higher education, including three years of experience in medical school admissions. She is motivated and passionate about working with students and helping them succeed in their academic and career endeavors. In her spare time, Miranda enjoys quilting, spending time with her husband and two dogs, and watching Clemson Football.

Mrs. Kilmer earned her Bachelor of Science in Education from Northwestern University, and taught at Oakcrest from 1993 to 1997. She has also taught at The Willows Academy in Chicago, Montrose School in Boston, and Portsmouth Abbey in Rhode Island. After raising her 11 children (including four Oakies—Christina '16, Michelle '18, Julie '19 and Rosie '25), Mrs. Kilmer returned to teach at Oakcrest in 2014. 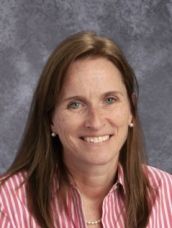 Mrs. Messenger holds a Master of Science from Johns Hopkins University and a Bachelor’s degree from Mount St. Mary’s. She brings with her years of wisdom in working with children and young people, as well as a passion for the mission of our school.

Dr. O'Malley earned a Ph.D. from the University of Pittsburgh in Theatre Arts and Performance Studies. In addition, she has a Master of Arts in Theatre Education from Catholic University and Bachelor of Arts in Drama from Franciscan University of Steubenville. Dr. O’Malley has directed over twenty shows, acted in many others, has taught middle school in Virginia and Maryland. She sees the role of theatre as a participation in the beauty of God’s own creative act.

Marty Lerner has over 25 years of communications experience having worked for Fortune 500 brands such as Staples, Hershey's Chocolate, Capital One Bank, Heinz USA, PNC Bank, Claritin and GEICO.  Mrs. Lerner's events expertise has aided local and national non-profit organizations with raising millions of dollars to advance Catholic education, benefit breast cancer research, and fight childhood obesity.  Mrs. Lerner graduated with a Bachelor of Arts in International Affairs from the University of Mary Washington.  She is the mother of two - Alexa '21 and Nolan. Mrs. Lerner has over six years of experience directing summer camp programs in the Washington, D.C.  metropolitan area.